The shuttle bus timetables for the Biathlon World Cup event on the Kontiolahti Biathlon Stadium in mid-March have been published. In addition to free bus transport, event partners will organise transport also from Koli and other parts of Finland.

The City of Joensuu and the Municipality of Kontiolahti provide public transport free of charge to the biathlon stadium on each competition day from Thursday 12 March to Sunday 15 March 2020. In Joensuu, the buses’ point of departure and arrival is the Market Square (Kauppatori) in the city centre. In Kontiolahti, the buses depart both from the centre and from Lehmo. This year, you can also get on the bus at the Kylmäoja school.

There will also be a lot going on on the Joensuu Market Square. During the World Cup weekend, there will be a screen showing Yle’s broadcast from the competition as well as other programmes and activities that you can enjoy while waiting for the shuttle bus or just to get into the World Cup atmosphere.

Transport services also from Koli and other parts of Finland

You can also take a bus from Koli and other parts of Finland. Some accommodation providers (Möhkön Rajakartano in Ilomantsi, for instance) also offer transport services for their guests.

– Six tour operators from different parts of the country are organising bus transport to Saturday’s event. The bus tour of one tour organiser is already sold out but there are still seats available on other routes, says Heikki Hamunen, representing Kontiolahti Sport Club, the organiser of the event. 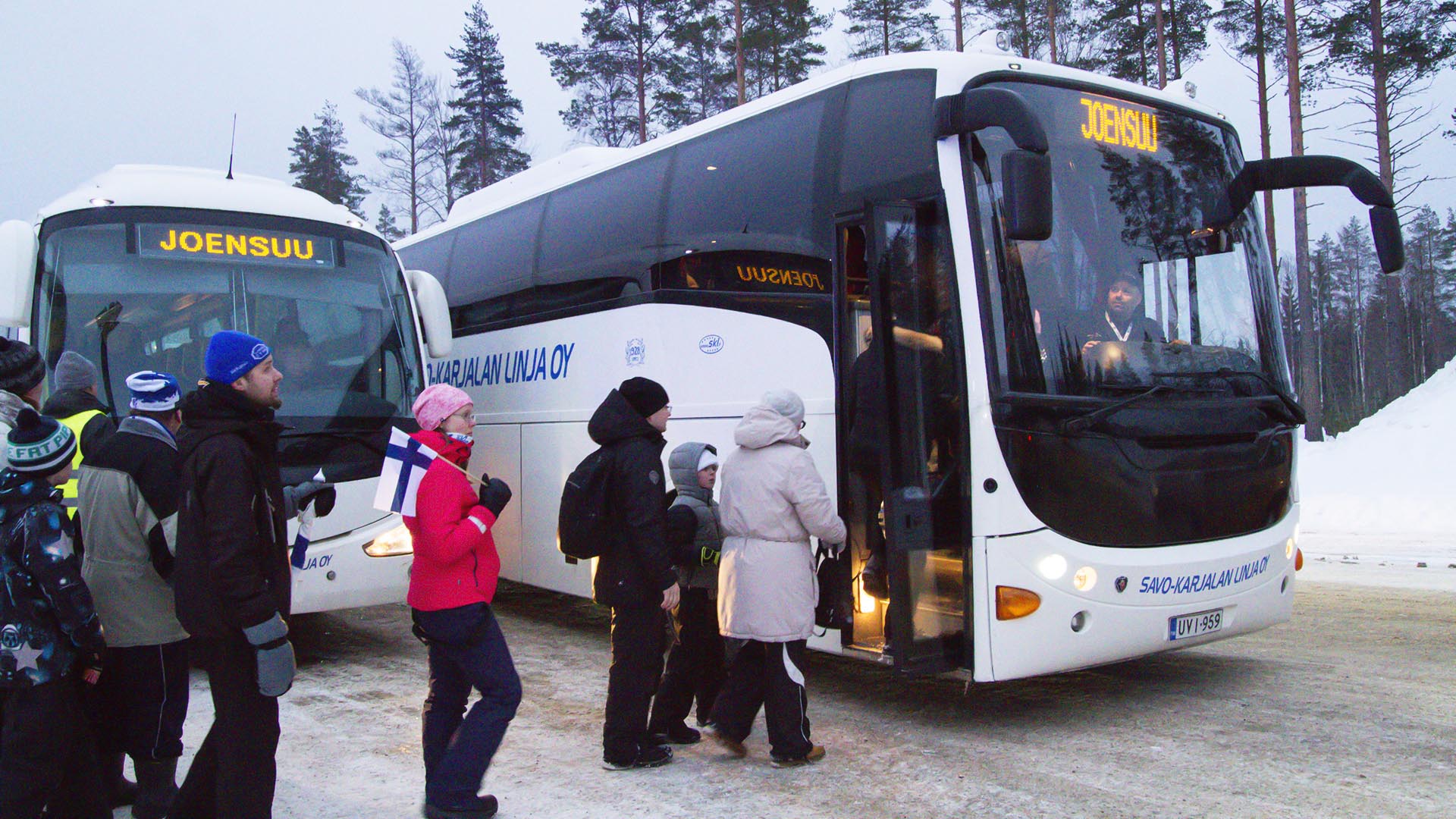