Cast your vote in the municipal elections - News

Cast your vote in the municipal elections

Cast your vote in the municipal elections

The next municipal elections of Finland will be held on 13 June 2021. On that day, voters can choose who they want to represent them in our city council for the next four years. Councillors make decisions about concrete matters that impact our daily lives, such as schools, child day care, matters related to the urban environment and construction as well as services related to physical exercise and well-being. In Joensuu, 59 municipal councillors will be elected to start their work next September.

Where and when can I vote?

You can vote from home

You can vote in advance from home if your ability to move or function is limited to the extent that you will not be able to access the polling station without unreasonable difficulty. When voting from home, a family carer living in the same household can also vote. Inform the Central Election Committee about your intention to vote from home no later than by 4 p.m. on 6 April by sending the notification form to the address Penttilänkatu 7–9, P.O. Box 59, FI-80101 Joensuu, or by calling +358 (0)50 303 1215 or +358 (0)50 441 5662. You can get the notification form at the address https://vaalit.fi/aanestaminen-kotona.

Information about the elections in different languages:
https://vaalit.fi/en/information-about-the-municipal-elections-in-different-languages 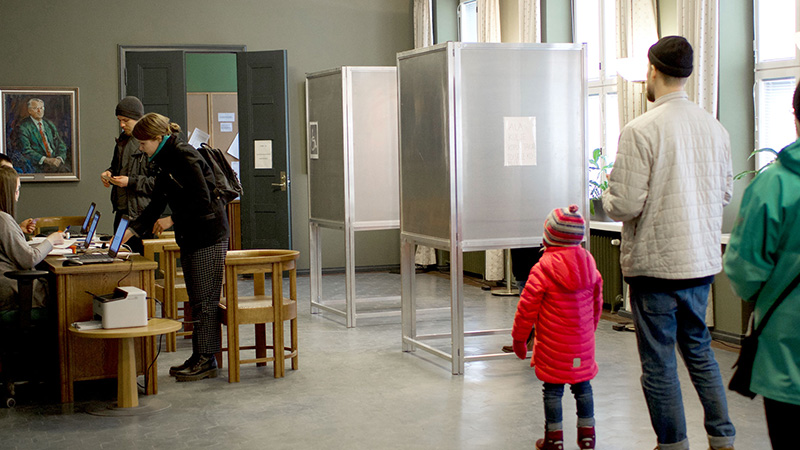